People often say, a photograph doesn't lie. But that itself might be a lie.

Because, the moment a photographer puts his frame on an ordinary thing, ignoring thousands of other ordinary things, it becomes extraordinary.

At any given point, there are thousands of frames leaping up at the photographer.

Say, in a garden there is green grass with dew drops shining on the tip. And at the same time on a branch an insect is crawaling towards its prey. Two women under a tree are embracing each other.

Life is happening all at once. The photographer chooses his frame. One.

And all three pictures will tell a different story about the garden. About that morning.

The photographer chooses his or her story. Either because he can't see everything. Or it's the limitations of his medium. But the frame can capture only one reality. One story. In that moment.

That's why I say, what we see is not the truth. But the truth of the photographer.

Consider this--on an accident spot, one photographer puts crying people in his frame. Other chooses to capture the policemen trying to take out a man from under a vehicle. The third one is talking and capturing the praying old man who just survived unscathed from this terrible incident.

All three, truths. But different. It is not an absolute truth. Just the truth as captured by the photographer. But there is more to it.

Photographers take many versions of a shot. More so now with digital cameras in every hand. He will choose between them. Asking himself questions--Which photograph captures the mood best? Or, if he is aesthetically involved, would look for a picture with the best layout. Look for the purity of his art.

Again, he is presenting you a chosen reality. His reality.

Now let's come to cropping and filtering. And colour corrections.

What comes to you isn't an actual picture of the world. It is what the photographers and editors want us to see.

In this process, the photo might lie. Have you seen beautiful pictures of landscapes in travel magazines? When you go to visit those places, it isn't so beautiful at all.

Because the bad parts were cropped out.

Good photographers use their equipment and the software to enhance the essence of their photographs. They show us the disappointment written on a smiling face. Amazing life lived by a poor man, showing in his rugged hands. A ray of hope in a tearful eye.

They use the medium of photography to show us the world that's right before us, but we can't see. Because photography isn't just about lifting a DSLR or an iPhone and clicking photos. It is about the eye that sees the hidden. The invisible.

The sixth sense that finds out the extraordinary in the mundane affairs of life.

So, like all arts, photography too lies. And a photo artist makes sure it is a valuable lie.

Make your photographs a window to new worlds for people. Let them shake their heads, why didn't they see what you captured?

While every single photograph might lie. Let us work towards achieving the bigger truth. The realisation that there is greatness in all things around us. So much beauty, dignity, and gravity. If we can see it. 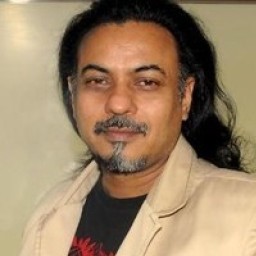 Does creativity have any bearing on your success? Can creative thinking help you earn more money, get you a promotion or empower you to promote a new business? Often people make fleeting statements about it. In a recent WhatsApp chat someone posted: Creativity will make you prosper, help you live a happy life...and many such things. I felt amused. If it was so, why are so many artists and writers END_OF_DOCUMENT_TOKEN_TO_BE_REPLACED

This is the story of a Creative Director from the advertising industry. Who meddled into scriptwriting for a time. And simultaneously began training and coaching advertising agencies. Someone suggested he should train corporates, and that led him to an event organised by MTHR Global (More Than HR): A group of HR professionals who convene some fantastic events, introduce the HR professionals to new concepts and create a great opportunity for END_OF_DOCUMENT_TOKEN_TO_BE_REPLACED

I am a great fan of Muhammad Ali. Considered one of the greatest boxers of all times (GOAT!), to me, he is also a shining example of branding genius--one who knew how to jab and punch some powerful soundbites to the hungry media persons. When I first heard the expression: Float like a butterfly, sting like a bee' It brightened me up. This expression so precisely framed the Ali's boxing END_OF_DOCUMENT_TOKEN_TO_BE_REPLACED